Eliminating the Gray Area: Chemotherapy May Not be Necessary for Breast Cancer Patients 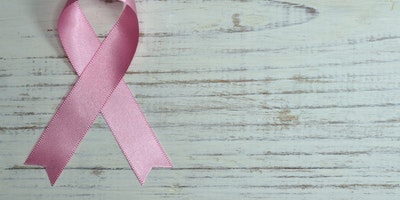 On June 3, 2018, an international medical study published in the New England Journal of Medicine determined that many early-stage breast cancer patients may no longer need chemotherapy, thanks to improved gene tests on tumor samples. Additionally, this new test is covered by most insurance companies, further reducing burdens for patients.

This study, called the Trial Assigning Individualized Options for Treatment (TAILORx), can alleviate pressure for patients and their families, especially with an estimated 266,120 estimated new cases of invasive breast cancer in the U.S. and 63,960 new cases of non-invasive breast cancer for 2018. According to Dr. Ingrid Mayer, an author of the study, this test “…can spare thousands and thousands of women from getting toxic treatment that really wouldn’t benefit them…This is very powerful. It really changes the standard of care.”

In the past, many patients have made the hard decision to undergo chemotherapy despite not fully knowing whether or not the treatment would be successful. This can have a negative impact on a patient’s health and finances. It can be hard to pass up chemotherapy, but as Dr. Joseph A. Sparano from the Montefiore Medical Center in New York, and a leader of the study, said, “Recurrences were being prevented, and lives prolonged…but we were probably overtreating a lot of these women. For every 100 women we were treating, we were probably preventing about 4 distant recurrences.”

With the publication of this study, a genomic test, called Oncotype DX, can analyze 21 expressions of genes in tumor tissue and predict the likelihood of recurrence. Scores range from 0 to 100, with 0-10 being low, and 11-25 being mid-range. If patients score in the low to midrange, they can more comfortably opt out of chemotherapy treatment and instead undergo endocrine therapy, such as taking a hormone-blocking drug that prevents the body’s production of estrogen.

Previous studies could not accurately determine whether or not patients who fell within the mid-range would benefit from chemotherapy, leaving many patients in the dark. Now, TAILORx reduced uncertainty and found that for mid-level scores, “endocrine therapy was not inferior to chemoendocrine therapy,” meaning that chemotherapy was not necessarily a better option. With this new research, Dr. Sparano says that results “indicate that now we can spare chemotherapy in about 70 percent of patients who would be potential candidates for it based on clinical features.”

While endocrine therapy still includes side-effects such as hot flashes, pain in joints and muscles, and weight gain, the American Cancer Society lists the known side effects of chemotherapy as including: hair loss, anemia, nausea and vomiting, fertility issues, and nerve and muscle problems. With the information from this recent study, many women can weigh their options with more knowledge and clarity. According to Dr. José Baselga, a medical oncologist with a special focus on breast cancer at Memorial Sloan Kettering Cancer Center in New York who was not involved with study, “Chemotherapy has saved a tremendous amount of lives, and will continue to do so…but we need to be precise on when to use it and who to recommend it to. The era of one- size-fits-all is basically coming to an end, which is great news.”

The Oncotype DX test costs in the $4,000 range, and many insurance companies and the Medicare program have agreed to cover the test, reducing costs for many patients. Chemotherapy is known to be a costly treatment: the National Center for Biotechnology Information (NCBI) published a 2016 article that estimated the “average allowed cost” for “all costs on day of chemotherapy” between a 0 to 12 month period per patient from about $4,999 to $34,153, depending on the stage of cancer. By comparison, endocrine therapy costs from a 2015 study, also published in the NCBI, reported that annual out of pocket costs in 2010 for the drugs ranged from $701 to $3,664.

Regarding eligibility, Breastcancer.org reports that eligible candidates for Oncotype DX are those who have been recently diagnosed with early stage invasive breast cancer, or stage I or II, if the cancer is estrogen-receptor-positive, and if there is no cancer in the lymph nodes. The study did note that even if the test results predicted a low to mid-range score of 11-25 on the Oncotype DX test, some women aged 50 and younger may still benefit from chemotherapy.