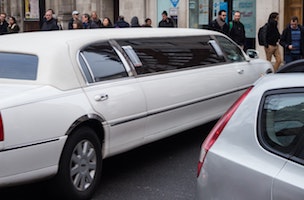 Twenty people died in a limousine crash in upstate New York on Oct. 6, making it the deadliest transportation accident in nearly a decade.

The tragedy has put the spotlight on safety concerns surrounding stretch vehicles. According to CNN, the vehicle did not pass a recent inspection by state regulators, nor was the driver properly licensed. It’s unknown whether any passengers were wearing seatbelts at the time of the crash.

Robert Sumwalt, chairman of the National Transportation Safety Board (NTSB), told CNN the crash “need[s] to be a wakeup call.” Here are some things consumers should be aware of as they consider renting limo rides for special events.

States, not the federal government, regulate these vehicles, according to The Daily Gazette. Consumers should research their own state regulation requirements. For instance, New York inspects twice a year buses and limousines carrying over ten people, while other states have different policies. In addition, consumers may benefit from researching individual limousine companies and their customer reviews.

After-market companies that are not federally regulated “stretch” these vehicles. When stretched, vehicles are generally cut in half and new sections are added in order to hold more people. These vehicles typically are greater safety liabilities than other vehicles, according to Russ Rader, a spokesman for the Institute for Highway Safety in Washington, D.C.

“[Stretch vehicles] are engineered to be longer and carry more people,” Rader told The Daily Gazette. “That engineering may weaken the crash-worthiness features that are engineered into a stock vehicle.”

People sitting in the rear of a limousine are not required to wear seatbelts, but that doesn’t mean passengers shouldn’t wear them.

“[T]he rule may very well change in the near future,” Peter Goelz, former managing director of the NTSB, said.

Renting a limousine service for celebrations can still be fun. However, consumers should do their research and wear seatbelts so it can also be safe.