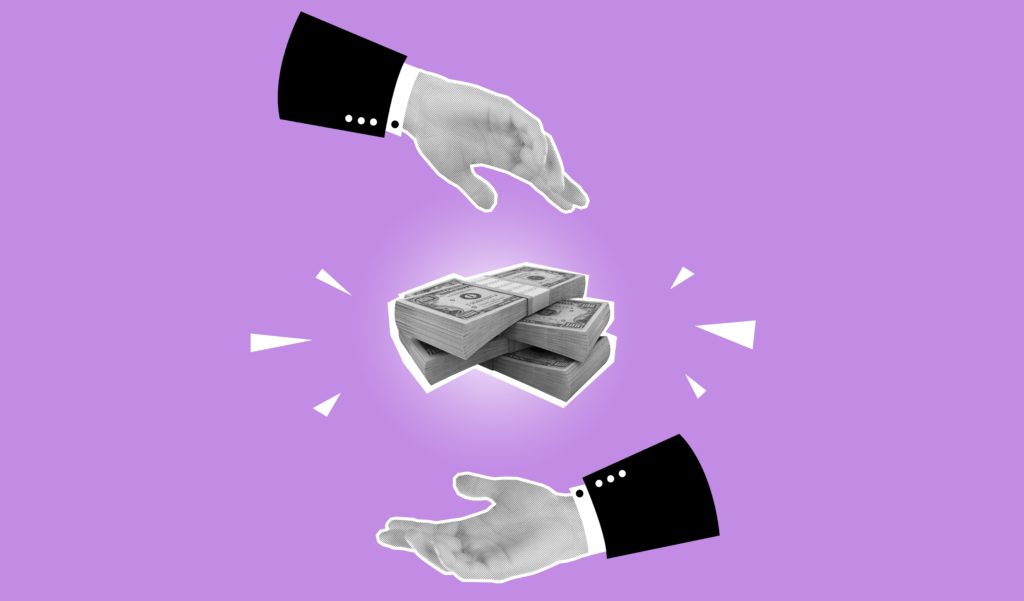 On Feb. 11, the Online Lenders Alliance (OLA) hosted an event called “A Data Dive: Exploring Credit Access and Consumer Protections for Nonprime Consumers” to address how the COVID-19 pandemic has impacted credit access for non-prime consumers, the methods by which lenders are developing innovative products to assist consumers, and how best to protect consumers in the alternative lending space.

The panel for the event included Justin Fisk, Director of Research at Online Lenders Alliance, Jonathan Walker, Executive Director for the Center of the New Middle Class, and Professor Tom Miller Jr., Senior Research Fellow at Consumers’ Research and Professor of Finance at Mississippi State University.

Jonathan Fisk kicked off the event addressing the state of small-dollar credit in the marketplace at the start of the pandemic, looking at both the supply and demand of credit.

“You can see a sharp decline in both credit demand and also customer accounts into about May 3 where it was down to its lowest point since then originations and loan volume has increased or have increased up until about Oct. 18, Oct. 25, where you start seeing kind of a stagnation and the latest data that we have now is seeing that we actually have dropped back below the pre-COVID average for both credit applications and also customer accounts,” said Fisk.

Fisk claims that the data collected by OLA suggests initial concerns that cheap credit flooded the market at the start of the pandemic were not true. Fisk then addressed the current rate of bad loans, those being loans that are currently in collection.

He then addressed data compiled by the Consumer Financial Protection Bureau (CFPB), which showed a sharp increase in the share of accounts reported with zero payments due despite a positive balance. This fact suggests that there was more payment assistance happening during the pandemic.

Exploring what consumers have said during the pandemic using the consumer complaint data from the CFPB, Fisk noted that overall consumer complaints have increased from 2019 to 2020. For every major category that the CFPB tracks, complaints went up except for two.

“The first financial service category that saw a decline in consumer complaints from 2019 to 2020 is student loans, and this is largely because there was a federal moratorium on student loans for everyone that has a federal student loan you didn’t have to make payments last year and the interest was not accruing either… the other category that has seen a decline in consumer complaints is the payday loan, title loan, or personal loan category which includes installment loans and also lines of credit and we’ve seen a decline in the number of complaints from 2019 to 2020. Now there is no moratorium on, or federal freeze, on interest rates in this sector,” said Fisk.

Fisk said that the decrease in complaints in the payday loan sector highlight the fact that lenders have been proactive in helping people get through the pandemic.

Jonathan Walker presented next, focusing on what he called “the micro-picture,” which is the direct impact the pandemic has had on the consumer.

“There was a jump in unemployment for the non-prime folks. We define non-prime as anybody under 700 because we know that’s when they don’t have a guarantee of having access to mainstream credit products from a bank,” said Walker.

He also noted that for prime consumers, their unemployment numbers were also starting to increase because of the recession’s long-term effects. For both the prime and non-prime consumers, there have been negative effects on household incomes.

“It’s probably no surprise to people just how regularly non-prime people run out of money at least once in a year. But what’s interesting is that when COVID hit, we’re not seeing that percentage go up, now one might argue there’s not a whole lot of up to go for the non-prime consumer, but what is important to recognize it is that the non-prime consumer, even before a macroeconomic disruption like we’re seeing now, lives in a micro recession they are used to functioning in their life in a personal recession and so they know how to at least manage their finances,” said Walker.

Professor Miller rounded out the panel and launched off his portion of the presentation addressing the difference between consumers’ focus on dollars and legislators’ focus on the APR.

“The focus of legislators is always on the APR when they think about consumer protections. But consumers spend dollars they don’t spend percents. Consumers care about dollar costs… the real issue for researchers or people trying to change the viewpoint of legislators and regulators is how do we focus attention on to dollar cost?”

When addressing the best way to protect consumers in the lending market, Miller was very straight forward about what consumers need.
“Competitive markets give the best possible consumer protection to people. The lowest cost, highest quality, they’re convenient and adaptable to taste and preferences. I do think the government has a role in monitoring the playing field to make sure that people are playing by the rules, but the consumer protection we most need in small-dollar spaces is more competition,” said Miller.

Miller then discussed how best to address the need for consumer protections with legislators. He informed the viewers that telling a legislator that we need to raise the APR is a non-starter for change but asking for a reasonable rate of return on capital is a far more feasible framework under which to operate.

“We can legislate away the supply of consumer credit. We can ban payday lending. For example, in states, there are other ways that we can just eliminate sources of credit. The demand for credit though cannot be legislated away, it’s been with us for since the dawn of time,” explained Miller.

Miller continued to offer examples of a loan desert in Arkansas, caused by the constitutionally imposed 17% cap on interest rates. This cap forces consumers to seek out loans out of state because of the credit market’s strict regulation.