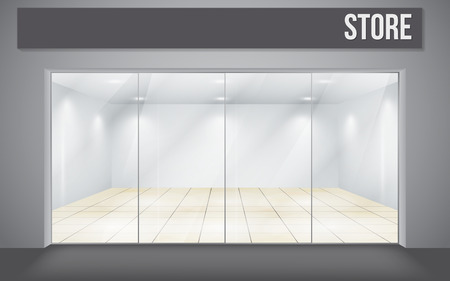 While Star Wars fans around the world celebrated May 4th, clothing retail company J. Crew invoked the 11th. Restructuring under Chapter 11 of the U.S. Bankruptcy Code, J. Crew reached a deal with lenders to convert its $1.65 billion debt into equity. The retailer was also able to secure $400 million in financing to continue operations, primarily online, as during the restructure.

The pandemic forced many brick-and-mortar stores to shut their doors, leading to mass cost-cutting layoffs. While COVID-19 may have exacerbated the problems, companies like J. Crew, Sears, and JCPenney, have been struggling since the rise of online shopping.

Even luxury stores are struggling. The AP reports that long time luxury staple Niemen Marcus is following suit, filing for bankruptcy May 7th. Some analysts project the coronavirus pandemic to be the finishing blow for the already struggling retailers, and with two falling within a week, more could be close behind.

“Prior to COVID-19, Neiman Marcus Group was making solid progress on our journey to long-term profitable and sustainable growth,” said Neiman Marcus Group CEO Geoffroy van Raemdonck in a statement. “However, like most businesses today, we are facing unprecedented disruption caused by the COVID-19 pandemic, which has placed inexorable pressure on our business.”

Sales data for March show a staggering decline in retail sales of clothing and accessories, decreasing by more than 50% for the month. Mark Cohen, director of retail studies at the Columbia Business School, emphasized this point in a comment to CNN. “The retailers who were wandering around aimlessly pre-pandemic are going to be substantially less likely to muddle through than they were before,” Cohen said.

The consensus among analysts is that retail giants did not adapt to consumer tastes, and booming e-commerce sales left brick and mortar stores in the dust. One common thread in each store? Massive debt burdens – J. Crew itself owed over $1 billion to its investors.

J. Crew, though, appears to be a final shift in a brand direction change. Back in 2011, J. Crew became the first mass-market brand to present at New York Fashion Week, where Vogue praised the brand as “a significant voice in the conversation on American Style.” And having then-first lady Michelle Obama as a brand ambassador didn’t hurt.

The New York Times reports that J. Crew began to move away from its more practical styles in 2017.  However, its spinoff brand, Madewell, has done remarkably well as a clothing brand offering simpler designs. To keep its head above water J. Crew planned an initial public offering of Madewell in March, but they reconsidered due to the pandemic and filed for bankruptcy two months later.

In 2018, Sears filed for bankruptcy and, like J. Crew, had been planning for a comeback. Unfortunately for the Softer Side Company, unemployment continues to rise in the United States. With concerns about a second outbreak of COVID-19 in the fall, consumers may not be ready to patronize retail stores in 2020.

For now, J. Crew is hoping to come out of bankruptcy in a position to adapt. Kevin Ulrich, CEO of Anchorage Capital Group – and one of J. Crew’s lenders – said in a statement, “J. Crew and Madewell are two classic American brands with deeply loyal customers. We look forward to supporting Jan, Libby, and the management team to recognize their full potential. The significant deleveraging contemplated by this agreement, coupled with J. Crew Group’s strategy to strengthen its robust e-commerce platform to drive continued growth in its direct-to-consumer segment, will position the Company for future success.”