Coronavirus Cuts the Cord on Cable 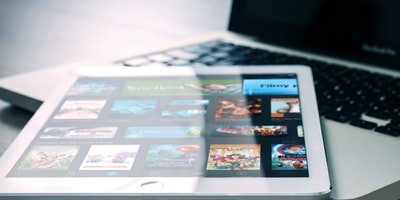 The introduction of streaming services such as Netflix and Hulu drastically altered the way consumers watch television. But until now the movement away from traditional cable has been consistent, but slow.

However, the pandemic could serve to accelerate cord-cutting.

Variety reports that cable and satellite TV providers lost 1.8 million subscribers during the first quarter of 2020, the most in market history. The most significant drop came from satellite customers, with AT&T losing one million customers and Dish Network losing an additional 413,000.

According to John Hodulik, an analyst at UBS Securities, a China-based investment bank, one reason for the quick decline in cable TV subscribers: a lack of live sports.

“We believe the [coronavirus] outbreak could drive modest acceleration in cord-cutting in the lockdown phase but more dramatic declines post-lockdown given the expected recession,” Hodulik said in a note. “The absence of sports should pressure sports nets in the near term as distributors balk at paying high fees and post-lockdown if sports (especially professional and college football) do not return in the fall, potentially creating a cord-cutting perfect storm.”

The lack of live sports has had ripple effects felt by consumers. William Parker, an editor at aptly named Kill the Cable Bill, estimates that cable subscribers have paid $3.5 billion in fees for live sporting events canceled due to the virus. Since providers sign contracts in advance to air live sports, customers have been stuck paying a bill for unprovided services.

Comcast told Ars Technica that “any rebates will be determined once the NBA, NHL, and MLB announce the course of action for their seasons, including the number of games that will be played, and of course we will pass those rebates or other adjustments along to our customers.”

Although most consumers may not realize how much of their cable bill is dedicated to live-sports broadcasting, the lack of sports combined with rising unemployment means that customers are more willing to shed cable and satellite.

Cutting the cord is also becoming easier to do. For example, NextGen TV offers the benefits of streaming services without the need for a fast internet connection.

To curb cord-cutting losses, media companies have unveiled direct-to-consumer streaming services like Disney Plus, which as of “May the 4th,” has 54.5 million subscribers. But, according to Moffett, the profitability of these services pales in comparison to traditional cable, which could be a win for consumers seeking to unload costs for unused channels to benefit from the lower prices and more convenient service of direct-to-consumer entertainment streaming.