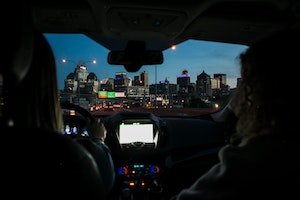 A recent study of car owners found most do not understand the limits of advanced safety systems.

According to a report by the AAA Foundation for Traffic Safety, many drivers do not know the limitations of advanced driver assistance systems (ADAS), which include blind-spot monitoring, forward-collision warning, and lane-keeping assist. Ignorance of these systems, the study’s authors warned, could lead to collisions.

David Yang, executive director of the AAA Foundation for traffic safety, said that ADAS has the potential to prevent 40 percent of all vehicle crashes and nearly 30 percent of traffic deaths — but only if used properly.

“Findings from this new research show that there is still a lot of work to be done in educating drivers about proper use of ADAS technologies and their limitations,” Yang said through a press release.

The study, conducted by a team of researchers from the University of Iowa, surveyed more than 1,300 vehicle owners driving certain 2016 or 2017 models with ADAS.

It found that 80 percent of the surveyed drivers misunderstood the limitations of blind spot detectors when traveling at high speeds. Almost 40 percent were ill-informed about forward-collision warning and automatic energy braking systems, and 16 percent were unsure if their vehicles had automatic emergency braking.

Additionally, the study found that some consumers were too reliant on these systems. Nearly 30 percent of consumers with forward-collision warning or lane-departure warning were comfortable doing other tasks while driving. Around 25 percent occasionally neglected to do visual checks of their own while switching lanes because they believed blind-spot systems would alert them about pedestrians and traffic.

“These technologies are not meant to replace us behind the wheel,” Jake Nelson, director of traffic safety advocacy and research for AAA, told USA Today. “They’re meant to help us out.”

The study’s researchers hope that the results of the study will motivate car buyers to educate themselves about the proper use of these safety technologies. Before buying a new vehicle, they encourage consumers to read the owner’s manual, test drive the vehicle, and ask about the features and how they work.