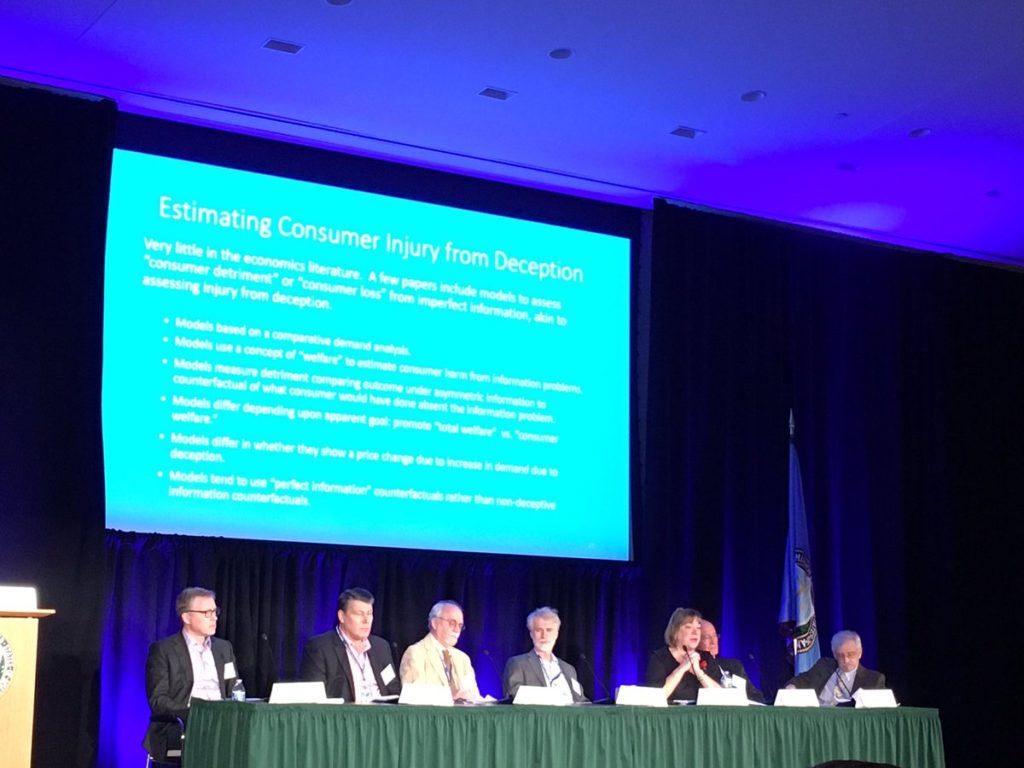 Consumer protection lacks a unifying theme, according to a high-ranking official at the U.S. Federal Trade Commission (FTC).

Aiming to draw attention to this situation, the FTC hosted a conference on Friday, Dec. 7. Scholars and regulators gathered at the Constitution Center near Capitol Hill to hear presentations on a number of studies investigating the intersection of consumer protection and economics.

In her opening remarks, Janis Pappalardo, assistant director for consumer protection in the FTC’s Bureau of Economics, characterized the field of consumer protection as diffused, a state of affairs that limits its effectiveness. She called for consumer-oriented organizations to clarify their goals and for scholars and regulators to work out a shared base of knowledge.

“Even very simple concepts are not well-defined in economics literature,” said Pappalardo, who specifically encouraged the development of a consumer protection handbook for general use.

There are more than 20 places in the federal government that deal with questions related to consumer protection, said Lawrence White, an economics professor at New York University’s Stern School of Business. Additionally, all 50 states are “heavily involved” with consumer protection, he added.

White explained the gap between the two by pointing out that scholarship in competition goes back to Adam Smith, whereas consumer-oriented economics does not really begin in earnest until the 20th century.

Ideally, the two fields of study would work together, said Joseph Farrell, professor at the University of California at Berkeley, although he noted the challenges of marrying them in reference to his own past work at the FTC.

Anti-trust cases tend to be more concentrated in both time and parties, Farrell said, whereas even small firms without much market power can harm consumers through scams.

Daniel Hamermesh, professor emeritus in economics at the University of Texas at Austin, gave the conference’s keynote speech, raising the question as to whether and how a consumer’s time should be taken into consideration when quantifying harm — and whether consumers should be remediated for time lost.

“The issue there,” Hamermesh said, “is what is the value of time?”