Car Safety Technology is On The Rise, But Traffic Deaths Are Not Slowing Down 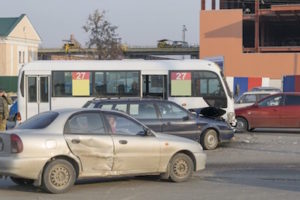 The National Safety Council (NSC) released its traffic fatality estimates for 2016 on February 15. The NSC reported that 40,200 people died in car accidents in 2016. This marks a six percent increase in traffic fatalities from 2015, and the second straight year of increasing deaths. 2016 also saw the highest vehicle-death total since 2007.

Some experts believe that these rising numbers are due to distracted driving caused by smartphones and social media use. Jonathan Allen, executive director of the Governors Highway Safety Association, said, “It’s not just talking on the phone that’s a problem today…You now have all these other apps that people can use on their phones.”

Other government officials and safety experts believe that basic car safety issues – not wearing seatbelts, driving under the influence, and speeding – are mostly to blame. The National Highway Traffic Safety Administration reports that half of vehicle fatalities involve unbelted riders and a third of these involve impaired drivers.

According to The New York Times, Ralph Nader has called for stricter seatbelt laws, more speed cameras, and stricter regulation on heavy trucking. Some advocates are even calling for the ban of hands-free calling and messaging.

Car safety technology has been an important point of focus for car manufacturers, but the recent data indicates that driver safety issues may not be entirely preventable by systems like blind-spot monitoring, automatic braking, and improved airbags. Consumers should certainly consider these technologies when buying a new car, but that should not detract from the importance of basic safe-driving practices like obeying the speed limit, avoiding distractions, and driving sober. In fact, some of the newest safety systems may give drivers a false sense of security and cause them to pay less attention to the road.

Many believe that autonomous driving can eliminate driver errors and make roads safer, but until self-driving cars become a more accessible phenomenon, we must recognize that drivers are almost entirely responsible for traffic safety.