Campaigners Use WhatsApp to Spread #fakenews in Brazilian Election 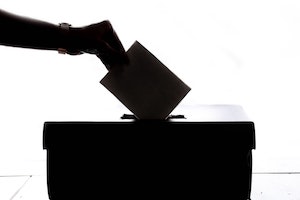 Political campaigners have been accused of using a popular messaging app to spread disinformation during Brazil’s recent election.

WhatsApp, the Facebook-owned messenger service used by millions in Brazil, was reportedly used to spread false information about both major candidates leading up to the country’s presidential election on Oct. 29. Jair Bolsonaro of the right-wing Social Liberal Party won the election, defeating his opponent, Fernando Haddad of the left-wing Workers’ Party, by a margin of 55.2 percent to 44.8 percent.

Leading up to the election, according to the WSJ, WhatsApp was used to spread slander about both candidates. Misinformation sent through WhatsApp claimed that Bolsonaro’s inner-circle included torturers. More misinformation claimed Haddad promoted homosexuality in elementary schools.

An estimated 120 million Brazilians use WhatsApp. According to a 2016 Reuter’s Institute survey, WhatsApp is the main source of news for 72 percent of Brazilians.

The BBC investigated how the social media service was used in support of political candidates in the run up to the presidential election. Political campaigners used software that “scrapes” Facebook for citizens’ phone numbers. Using the software, they could acquire thousands of numbers in just minutes.

With these numbers, the campaigners could then send messages through WhatsApp with information (or misinformation) about Brazilian politics.

The “scraped” phone numbers could be grouped by location, gender, and interests, allowing campaign groups to micro-target their messaging. Devices involved with the data scraping could send up to 300,000 messages at one time.

Facebook stated that preventing the spread of false information on its main site was far less difficult than on WhatsApp due to the app’s end-to-end encryption, which means that only people directly involved in a message can see it.

“I don’t know where they found my phone number,” an anonymous woman told the BBC. “The administrators [of WhatsApp group conversations] and some people had foreign numbers. I got scared. I left all of the groups and reported all of them to WhatsApp.”

WhatsApp CEO Chris Daniels said the company sent cease-and-desist letters to multiple companies to prevent bulk messaging about the campaign. Writing in a major Brazilian newspaper, he said, “We have a responsibility to amplify the good and mitigate the bad.”