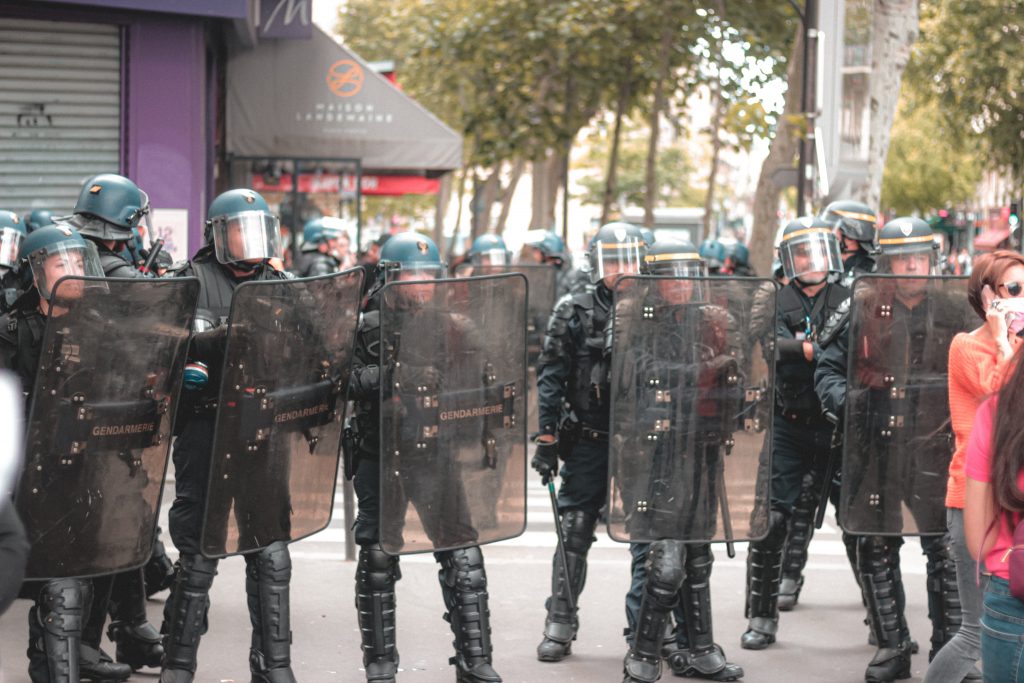 Businesses across the country are boarding up like Election Day is a hurricane.

Earlier this week, businesses in downtown Minneapolis met with law enforcement. They were urged by the Minneapolis Downtown Improvement Council to take safety precautions, including removing loose objects that could be used to damage property, leaving exterior lights on, ensuring cameras work properly, and, if deemed necessary, prepare to board up buildings.

Precautions seem even more extensive near downtown Nicollet Mall, which sustained damages in August after false reports of a police killing. This comes on the heels of Minneapolis businesses sustained roughly $2 billion in damages from social unrest occurring after the death of George Floyd earlier this summer.

Meanwhile, the 70 posh boutiques and luxurious properties lining Rodeo Drive in Beverly Hills, California will be barricaded to cars and pedestrians, as reported in the Washington Post.

“Ferragamo is boarded up, Prada is boarded up, Dolce & Gabbana is boarded up,” said Kathy Gohari, vice president of the Rodeo Drive Committee. “Rodeo Drive is among the most desirable streets in the world, which means we’re one of the biggest targets. What we do not welcome is people with ill intentions, who are here to destruct property.”

In Manhattan, department stores and shops, exhausted from unprecedented rioting earlier this summer, are also boarding up in anticipation of riots after Election Day.

“Out of an abundance of caution, like many businesses, we are implementing additional security measures at certain locations in the event of civil unrest due to the current election,” said Saks Fifth Avenue in a statement. “This could include boarding or additional security personnel. As always, the safety of our customers, associates, and communities, as well as the protection of our physical assets, is of utmost importance.”

New York City police officers have been instructed to be alert in uniform on Election Night and have been training for managing protests for the past few months.

Washington, D.C. has been bracing law enforcement officials within the city for a long night on Nov. 3.

Over the past few weeks, D.C. police have worked to limit risks in case of riots, limiting leave for officers and spending roughly $100,000 on riot control items, such as chemical irritants.

“It is widely believed that there will be civil unrest after the November elections regardless of who wins,” said D.C. Police chief Peter Newsham, “It is also believed that there is a strong chance of unrest when Washington, D.C., hosts the inauguration in January.”

“We don’t have any intel on planned activity to suggest the need to board up; however, we remain vigilant and understand the difficult position building owners and operating businesses are in,” said Falciccho. “We call all upon all who participate in First Amendment activities to denounce violence and report it immediately should it occur.”

Business owners lack certainty, especially after demonstrations in Georgetown turned violent last week. The demonstrations arose from the death of a 20-year old who died in a crash after being chased by D.C. police on a scooter.

As a result, concrete barricades have been placed across the city, and businesses from downtown to some of the more residential spaces have begun boarding up.

“It’s really like an insurance policy,” said Josh Turnball, a general manager at Oxford Properties Group, which oversees three properties in downtown Washington including near the White House. Turnbull told the Washington Post that they never removed plywood at that location. “The cost-benefit analysis here just makes sense.”

On Nov. 3, Fox News reported that activist organizations, such as Black Lives Matter, Shutdown DC, and the progressive environmental group Sunrise Movement, were planning demonstrations targeting businesses, police stations, and pro-Trump organizations, but said that these claims could not be confirmed.

Washington isn’t the only city where officials have cast doubt. In New York, Mayor Bill de Blasio encouraged businesses that decide to board up but downplayed the risk of civil unrest as no specific threat to New York residents and businesses have been discovered.

“I respect the decision of each store owner,” said de Blasio. “We’re not giving guidance but if that’s what they choose, we understand.”

Though it may seem like an overreaction, many businesses find it a better option than making damage assessments later or even worse, risking discovering your insurance policy doesn’t cover riot damage.