Owner of Marlboro Invests $1.8B in Marijuana 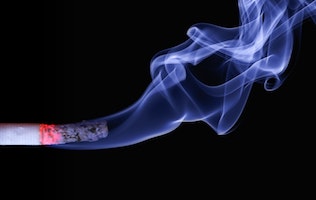 A prominent United States tobacco company has invested in a Canadian pot grower.

On Dec. 7, Altria, the parent company of Phillip Morris USA and other tobacco firms, announced a $1.8 billion equity investment in Cronos Group, a Canadian marijuana company, securing Altria a 45 percent stake. Canada officially legalized the recreational use of marijuana in October.

While marijuana remains illegal in the U.S. under federal law, a handful of prominent companies have already begun investing in the industry through Canada, indicating parts of Wall Street expect the demise of pot prohibition to travel south. Altria is just the latest U.S. firm to bet on marijuana legalization.

If lawmakers do change federal policy toward the drug, marijuana consumers will likely see the market mature quickly, partly due to investments from U.S. companies like Altria’s and partly due to pot’s thriving trade in spite of federal law. According to one estimate, the U.S. cannabis market is already worth between $40 billion and $50 billion.

Altria makes the investment as demand for tobacco cigarettes steadily declines. The percentage of adults who are smokers dropped from 20.9 percent in 2005 to 15.5 percent in 2016, according to the Centers for Disease Control and Prevention.

As the number of smokers decline, Altria is looking for other ways to grow.

Cowen analyst Vivien Azer expressed optimism about the investment. She gave an “overperform” rating to Altria’s shares, projecting, according to CNBC, that individual stock values will raise from $53 this month to as high as $74 in the next year.

“Together,” Azer told clients through a note on Dec. 10, “Cronos can leverage Altria’s operational capabilities and expertise in order [to] create value-added form factors while focusing on ingredient composition without reliance on a massive cultivation (farming) infrastructure.”

Public opinion continues to evolve on marijuana. According to Gallup’s latest poll on cannabis, 66 percent of respondents expressed support for its legalization, a new all-time high. Ten states and the District of Columbia have legalized recreational marijuana use in contradiction of federal law.

Altria is just the latest major company to invest in marijuana’s future. Others include beverage makers Molson Coors and Constellation Brands, who have both announced partnerships with marijuana growers in the last year or so.