Big TV is Watching You 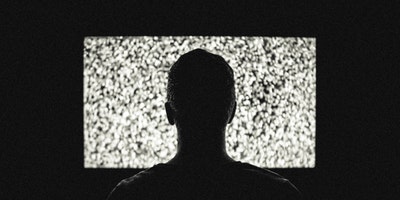 Last year, TV manufacturer Vizio was caught spying on customers through Big Brother’s telescreen Smart TVs. After the case was settled in February 2017, the Federal Trade Commission forced the company a $2.2 million settlement.

During its spying bout, Vizio’s Smart TVs would determine what customers were watching by collecting pixel data from their screens and sending it back to Vizio to be matched against a repository of film, television, and advertising content. Vizio used the data collected by their snooping big screens to play advertisements likely to appeal to the viewer.

The firm claims that all user data was anonymized; but data such as customer IP addresses, as well as information from other devices connected to a user’s Wi-Fi, could have been collected. Thankfully, Vizio has stopped collecting viewer data this way and deleted the data it had collected.

LG and Samsung previously recorded users through their TVs in a similar move to collect and sell data. The Thought Police LG, admitted to recording voices and screen data through their TVs even after users refused to consent to it in 2013. It later sent out an update to fix the problem.

In early October, Vizio TVs will display a notice admitting to their impropriety and asking for explicit consent to know your every move — well your every show or mov-ie, anyway.

Initially required to present their mea culpa by September 12, Vizio asked the court for an extension because they had to make sure that the TV could properly display the notice. To recap, Vizio can gather pixels from your TV screen, compare them to millions of other patterns, match them to specific content, and generate data to sell to advertisers, but they can’t make a message display properly on the TV without more than a year of programming? Riiiight.

After its October notice, Vizio will join every single other tech company in spying on us with our permission. The lesson is clear: spying on people is bad…so just make sure people know you’re doing it, m’kay?