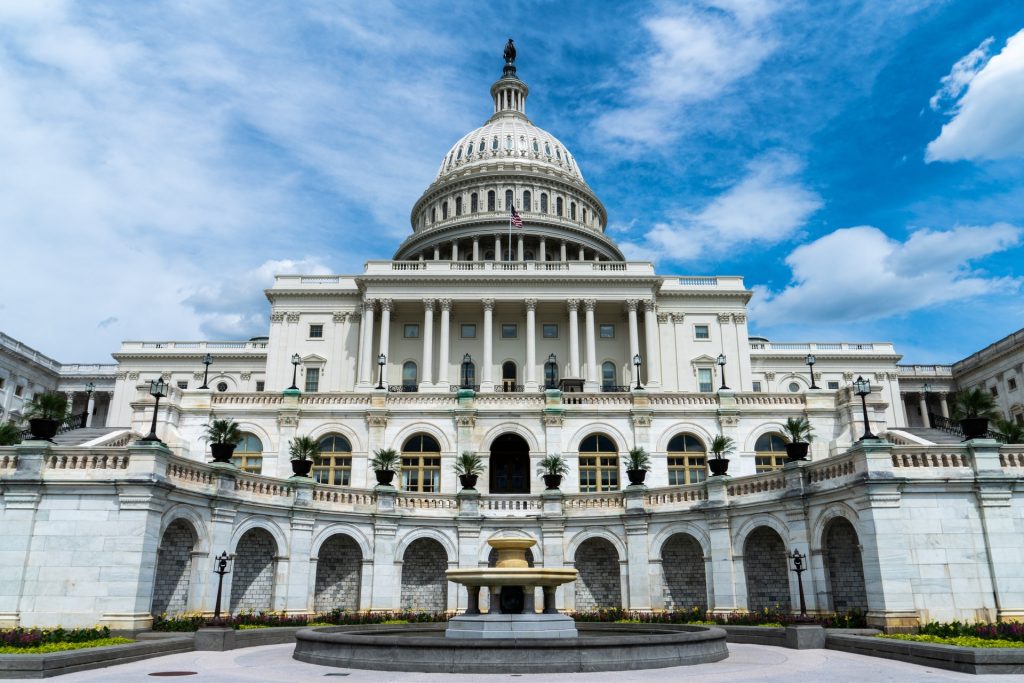 Jeff Bezos of Amazon, Sundar Pichai of Google, Tim Cook of Apple, and Mark Zuckerberg of Facebook appeared over video call before the House Subcommittee on Antitrust, Commercial, and Administrative Law on Wednesday.

The hearing was part of a year-long oversight investigation into alleged anticompetitive conduct from the big tech giants.

Although their respective companies offer very different services, there are common concerns across them all. These include massive data collection and utilization of market dominance to undercut or buy out rivals in their sectors.

Rep. David Cicilline (D-RI), Chairman of the subcommittee, opened by detailing the companies’ unprecedented market power. He claimed this power allowed them to “discourage entrepreneurship, destroy jobs, hike costs, and degrade quality,” calling them the “emperors of the online community.”

In his opening statements, Ranking Member of the subcommittee Jim Sensenbrenner (R-WI) stated, “being big is not inherently bad, quite the opposite, in America, you should be rewarded for success.”

He went on to complain of unfair treatment of conservatives and censorship of conservative views by big tech, a sentiment repeatedly expressed by other Republicans on the committee.

Anticipating questioning accusing them of being too close to China, the CEOs’ opening statements stressed their commitment to American values and the importance of their businesses in keeping America competitive.

Zuckerberg was the most explicit, noting that almost half of the most valuable tech companies are Chinese, and TikTok (owned by Chinese company ByteDance) is the fastest growing app on Apple’s App Store. Zuckerberg also called for new government regulations for the internet about political views, about which he doesn’t think private companies should have to make decisions.

In the first round of questioning, no one drew more bipartisan ire than Google CEO Sundar Pichai. Rep. Cicilline and Rep. Ken Buck (R-CO) both accused Google of stealing content from other businesses, with Cicilline citing a 2010 incident involving Yelp, and Buck mentioning Genius’ complaint of Google stealing its lyrics.

Rep. Kelly Armstrong (R-ND) raised concerns that geofence warrants Google provides to the police might violate the 4th amendment. On the other hand, Matt Gaetz (R-FL) questioned Google’s commitment to the police, given political pressure to stop associating with law enforcement. Pichai said Google is committed to “working with law enforcement in a way that is consistent with law and due process in the U.S.”

Jerrold Nadler (D-NY), the Judiciary Committee chair, argued that Facebook purchased Instagram to quash a potential threat instead of competing. In response to this and questions about his company’s acquisition of WhatsApp, Zuckerberg stressed that Instagram and WhatsApp were not competitive as “general social networks.” He viewed them as “competitive and complementary,” so the acquisitions were mutually beneficial.

Criticism of Apple focused mainly on the App Store, which some companies have claimed disadvantages other apps if they are seen as competitors to Apple’s products.

In his opening statement, Cook said, “After beginning with 500 apps, today the App Store hosts more than 1.7 million—only 60 of which are Apple software.”

In response to questioning from Rep. Hank Johnson (D-GA), Cook claimed it is incorrect to say that some apps are favored over others and that Apple can’t increase commissions for other apps at will since there is “fierce competition on the developer side and the customer side.”

Although it was his first-ever appearance before Congress, it took almost two hours into the hearing for Bezos to receive his first question.

Rep. Pramila Jayapal (D-WA), who represents the district Amazon is headquartered in, questioned him about controversial business tactics. The Wall Street Journal reported earlier that Amazon employees had used third-party seller data inconsistent with their company’s sworn testimony to Congress. Bezos said the practice was against company guidelines, and he was investigating it.

Rep. Mary Gay Scanlon (D-PA) accused Amazon of engaging in a predatory pricing scheme to run a potential competitor out of business.

“Amazon was willing to bleed over $200 million to undermine Diapers.com,” said Rep. Scanlon.

Bezos claimed it wasn’t monopolistic because people could buy diapers at many other stores. Rep. Scanlon thought there should be a distinction between the online diaper market and brick-and-mortar sales of the product.