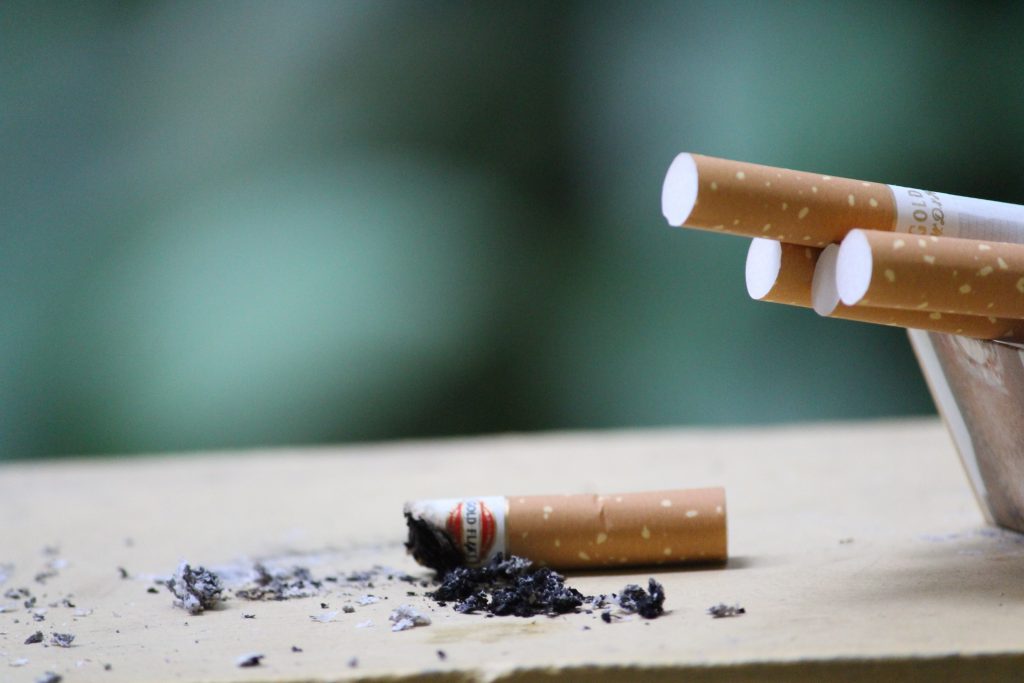 It’s been a busy year for legislators across the country, from negotiating coronavirus relief packages to orchestrating a Californian ban on the sale of gas and diesel cars and trucks by 2035.

It seems that bans on menthol cigarettes might be next up.

In August, California joined Massachusetts to become the second state in the country to place a ban on menthol-flavored cigarettes.

Menthol is naturally found in peppermint and spearmint plants. It creates a cooling sensation allowing for a more comfortable and smoother smoking experience with less irritation. In short, menthol makes it easier to start smoking and harder to quit.

The bans on menthol-flavored cigarettes and other tobacco products have gained popularity in the past few years.

California’s ban is set to take place on Jan. 1, 2021, while Massachusetts’ began on June 1 of this year.

New Jersey and New York state legislatures have proposed bans on menthol cigarettes, but neither has reached the governor’s desk for approval.

In June, a lawsuit by anti-smoking groups was filed against the Food and Drug Administration, alleging that the agency was moving too slow in implementing a menthol cigarette ban sought in 2018.

Both plaintiffs, African American Tobacco Control Leadership Council (AATCLC) and Action on Smoking and Health (ASH), believe that failure to ban menthol cigarettes has cost thousands of lives, specifically those of African-Americans.

“We stand before you today to announce that we are suing the United States Food and Drug Administration for their failure to implement public health policy that protects the health and welfare of African Americans with respect to menthol cigarettes,” said Carol McGruder, founding member and Co-Chair of the AATCLC, in a statement. “Our mission is to save the 45,000 Black lives lost each year from tobacco-induced diseases and we have resolutely pursued that mission since our inception.”

In September, the American Medical Association joined as a plaintiff to “compel (the) FDA to meet its mandate and take action to ban menthol-flavored tobacco products.”

“For generations, tobacco companies have promoted menthol cigarettes to the African American community, preying especially on African American youth,” said AMA President Susan R. Bailey, M.D., said in a statement. “The results are clear and grim; although African Americans usually smoke fewer cigarettes and start smoking at an older age, they are more likely than Whites to die from smoking-related diseases like heart disease and stroke.”

LeTrish Vetaw, a policy and advocacy manager at North Point Health and Wellness Center in Minneapolis, said to Bloomberg, “We all say Black Lives Matter, and they matter when it comes to tobacco products.”

Vetaw was responsible for a Minneapolis city ordinance that limited the sale of menthol-flavored cigarettes to adult-only tobacco shops and liquor stores and a statewide bill banning them that passed the Minnesota House of Representatives.

Tobacco companies, such as RJ Reynolds, the subsidiary of British American Tobacco that produces popular menthol cigarettes, Newport, argue that menthol does not cause any more harm than a usual cigarette.

Prominent Black civil rights leaders, such as activist and political commentator Rev. Al Sharpton, agree with Reynolds and have taken substantial amounts of funding from them through their organizations, such as the National Action Network.

“There will be a black street market for these cigarettes. The question is: how will the ban be enforced?” said Sharpton. “The police powers and procedures have to be laid out in the bill.”

U.S. menthol sales account for roughly 15 to 20 percent of all sales of British American Tobacco in the United States, according to Bloomberg Intelligence.