Are Foldable ‘Phablets’ the Future of Smartphones? 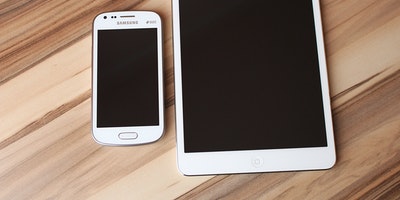 “Phablet — a portmanteau of “phone” and “tablet” — is a satiric word used to describe the ever-increasing size of smartphones. As far as phone manufacturers are concerned, however, the “phablet” is no joke.

Some of the biggest tech companies are reportedly developing flexible-display smartphones — tablets that can be folded into a smaller size for use as a phone. Serious tech players may have models on store shelves as soon as next year.

Rouyu Technology, a small Chinese company, will soon release the first foldable phone. The “FlexPai” will begin shipping in December.

Rouyu claims that the phone can be folded more than 200,000 times without damage. Rouyu has tagged FlexPai as a “developer model,” however, raising questions about its quality since it is not technically a finished product.

Larger tech companies will soon release their own foldable smartphones.

On Nov. 7, Samsung unveiled its foldable Samsung Galaxy F prototype. Unlike the FlexPai, the Galaxy F’s 7.3-inch tablet display folds inward. When the two sides come together, another screen brightens up on the outside of one fold. Compared to the FlexPai, the Galaxy F prototype’s slicker design and smaller size seem to make Samsung’s model more practical as a smartphone alternative that can fit into a pocket.

BGR, a technology news website focusing on mobile and consumer gadgets, reports that, due to Samsung’s below-average earnings in 2018, the company will likely push to have the phone available for customers in 2019. The tech company has not released an official timetable, however.

Whether foldable tablets catch on or not, one thing is certain: Smartphones are getting bigger. Phones with 6-inch or larger displays jumped from two percent of total smartphone shipments in the first quarter of 2017 to 23 percent in the second quarter of 2018.

Former Apple CEO Steve Jobs once mocked Android makers for phones “so large you can’t get your hand around [them].” At the time, 2010, the phones of Jobs’ mockery involved any screens bigger than 4.5 inches. Today, the screen of Apple’s largest iPhone measures 6.5 inches.

“Android vendors moved away from small phones years ago,” Avi Greengart, an analyst at GlobalData, told USA Today. “If there was massive demand for a smaller premium phone, somebody would be filling it.”