Are Dogs Cleaner Than Beards? 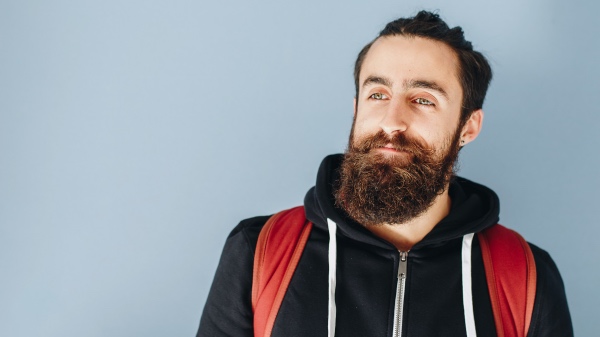 Dogs are cleaner than the average beard, according to a recent study.

Researchers compared the number of bacteria found in the fur of man’s best friend to the face fur of man. After swabbing a sample of scruffs, the team says bearded men harbor “significantly more” microbes than dogs do.

A scanner shortage prompted the research. According to the study’s authors, only a few veterinary clinics in Europe have MRI machines reserved for animals as they are costly to buy and maintain. The study’s team conducted its comparison to see whether dogs are hygienic enough to share the machines with people.

Their conclusion? Sharing poises no risk to humans — good news for Fido.

“Well I mean he doesn’t bathe at all,” said one bearded respondent about his dog. “[My beard] gets shampooed at least three times a week.”

“[My hair] is definitely cleaner than hers because she’s been in the lagoon and there’s stuff in that lagoon I just can’t get out of her hair no matter how much I wash and brush her,” said another. “It’s all about manscaping isn’t it, it’s all about taking care of yourself.”

“There seems to be a constant stream of negative stories about beards that suggest it’s more about pogonophobia than anything else,” Flett said.

So Fresh, So Clean

And, hey, why not? They seem to work well for dogs.