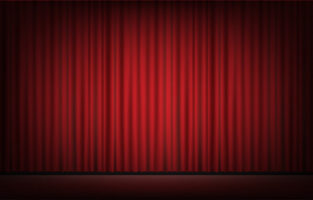 American Multi-Cinema (AMC) submitted a public filing with the Securities and Exchange Commission (SEC) that indicated a dire financial outlook as a result of the COVID-19 pandemic. The document has subsequently raised questions about the long-term survival of the iconic cinema company.

Founded in 1920, AMC quickly led the industry through innovation and expansion, becoming the largest theatre company in the United States and Europe with 996 theatres as of March 2020. AMC introduced cup holders to seats and started the first multiplex – a location with more than one screen – which allowed the market to expand to new heights.

Today, the COVID-19 pandemic has significantly changed not only the current economy, but also how services such as live entertainment and movies will need to adapt to the new consumer climate regarding health safety. But the short-term financial damage could be too much for AMC to bear.

“Measures to prevent its spread, including government-imposed restrictions on social gatherings, have had a significant effect on theatrical exhibition,” AMC said in their SEC filing. “In compliance with these restrictions, all of our theatres worldwide have temporarily suspended operations through June. During this period, we are generating effectively no revenue.”

According to CNBC, the company announced a debt offering in April intended to keep them afloat until a partial re-opening just before the holiday season. However, questions about the timeline and AMC’s ability to regain revenue made that strategy less viable, with the chain reporting estimated losses of up to $2.4 billion by the end of March.

Movie studios have also made the situation worse for theaters with a move to video-on-demand releases.

Universal has drawn the ire of AMC with its video-on-demand release of Trolls 2, which raked in over $100 million for the studio. Movie theatres rely on partnerships with studios to attract customers to their screens, but social distancing guidelines presented an opening for Universal to skip the middleman. Subsequently, AMC publicly withdrew any future screenings of Universal movies.

Despite the financial woes, movie theater stocks jumped at the beginning of June. The Motley Fool, an investment news and services firm, reported positive unemployment numbers coupled with the low stock price for theatre chains led to the bump. However, the firm noted that the market is still down twenty percent from pre-pandemic figures.

While some theatres may choose to begin reopening, the financial benefit in doing so remains questionable, as many film studios have pushed back release dates on movies. Additionally, operating costs would likely increase as a result of more intensive cleaning measures at each location. USA Today reports that, in May, rumors circled about the potential for Amazon to buy AMC, but so far, no deal has been reached.

Still, with the increase in expense from improved health measures, the ripple effects could keep AMC and other theatres from returning to pre-pandemic levels anytime soon, despite a potential to reopen.