A Look at the Latest 1040 Tax Form Draft

The U.S. Individual Income Tax Return, or Form 1040, is undergoing a makeover. The Internal Revenue Service (IRS) has been working on a draft for the 2019 tax season to shorten the form from one page, front and back, to a “postcard-sized” version. While the form has gone from 79 numbered lines to 23, many sites like the Wall Street Journal and CBS News point out that the shortened version may not make the form less complicated for everyone. A look at the drafted 1040 and its new schedules, from the Wall Street Journal, are attached at the end of the article.

Form 1040 is for individuals to report their gross income, or the amount of money one earns before taxes or deductions. It has been nicknamed the “long form,” as there are several types of income tax returns. The IRS website lists the most common types of tax returns:

However, in a press release, the U.S. Department of the Treasury announced that the new form is set to replace Form 1040, Form 1040A, and Form 1040EZ.

What Are the Changes?

While the IRS shortened the form significantly, the Wall Street Journal points out that the new 1040 includes six additional forms or “schedules.” These six new schedules include information that used to be on the old form.

Items that used to be on the original 1040 form, such as student loan interest deductions, business income, capital gains or losses, and educator expenses are located on schedule 1. Other information such as the tax on a child’s unearned income is on schedule 2 and credit for child and dependent child care is on schedule 3. The Journal of Accountancy provides a more in-depth breakdown of the information on each schedule.

Steve Mnuchin, Secretary of the Treasury, said to the Wall Street Journal that “Our objective is to make this simpler for taxpayers, whether they’re doing it electronically or whether they’re doing it on a physical form.” Despite these changes, Howard Gleckman, a senior fellow at the Tax Policy Center, comments to CBS News, “Don’t confuse creating a postcard with simplifying a tax filing, it’s not the same thing at all.”

The following schedules are as follows:

According to the Journal of Accountancy, the front page of the new form will “gather information about the taxpayer and any dependents and for the taxpayer’s signature and jurat.” Almost all numbers and financial information will be located on the backside. The Wall Street Journal reports that the Treasury projects that “among all filers, 65 percent will have to file only the new, simpler 1040 plus at most one additional schedule.”

However, the new tax code has shortened the form, completely removing some items in the new version. The Wall Street Journal notes that deductions for moving expenses, personal exemptions, and domestic manufacturing have been removed.

Experts predict that this change may not make a large difference for taxpayers because of how many people file their returns electronically. CNBC reports that “through May 11, the IRS received 126 million returns via e-file” and in total, the IRS “received 141.5 million returns.” That means that about 11 percent or 15.5 million taxpayers used the paper version. 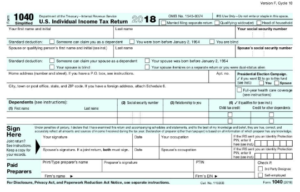 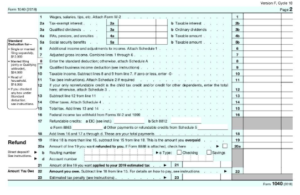 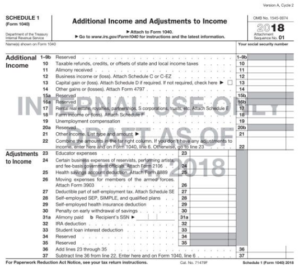 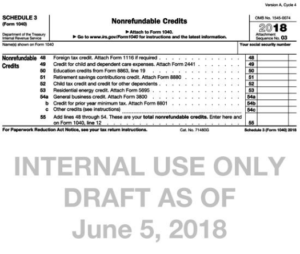 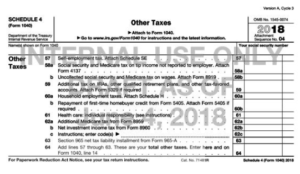 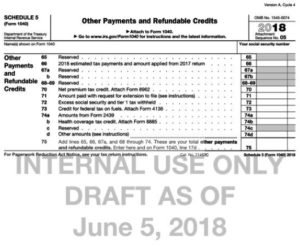