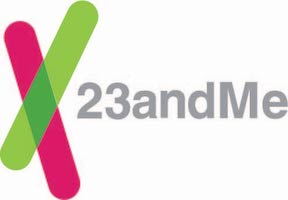 A genome-testing company, 23andMe, recently received government approval to market tests helping consumers understand how their own genetic codes may hinder or help their ability to metabolize certain drugs.

23andMe, generally known for its DNA tests that break down a customer’s global ancestry by percentages, says that there are 33 genetic variants that impact a person’s ability to metabolize drugs. The company’s test kit will be able to analyze how these genetic variants interact with more than 50 common prescription and over-the-counter drugs.

While these tests already exist, this one is the first approved by the Food and Drug Administration (FDA) for sale directly to consumers. The approval comes with some caveats, however.

“The test is not intended to provide information on a patient’s ability to respond to any specific medication,” the FDA said in a statement. “Furthermore, healthcare providers should not use the test to make any treatment decisions.”

Common medications the test considers in relation to a person’s genome include antidepressants and heart medication.

According to Business Insider, many scientists do not believe that these tests are worth the money and that they “don’t offer a clear benefit to people.” Tests could provide conflicting results for the same medication and “don’t tell providers which specific medication is best.”

Color Genomics, a genetics startup, sells similar tests as part of its $250 genetic testing kit. That package, however, has to be purchased through a physician. 23andMe has not yet said how much the test will cost.

Anne Wojcicki, CEO of 23andMe, had been pushing for this approval since the FDA ordered 23andMe to stop selling health interpretations for its genetic services in 2013.

“When we can bring pharmacogenomics back,” Wojcicki said about the genetic health tests during a panel discussion in October, “then we have a complete product back.”

Since 2013, regulators have been slowly rolling back restrictions on genetic health tests. For example, it permitted tests for some genes connected to breast cancer.

“This test is a step forward in making information about genetic variants available directly to consumers,” said Tim Stenzel, an FDA official, “and [will] better inform their discussions with their health care providers.”

Stenzel, who is the director of the FDA’s Office of In Vitro Diagnostics and Radiological Health, also warned, however, that consumers “should not use this test to make treatment decisions on their own.”